Why are all of the whales dying?

Home/Dolphinariums and Captive Dolphins/Why are all of the whales dying?
Previous Next

Lately it seems like more news of a whale or dolphin death comes each day, reminding us constantly that our barbaric tendency to place these animals in captivity backfires in the most dramatic way possible. But where is all of this coming from? Why are these “healthy” animals dying so suddenly from “unknown causes”? Let’s start by reviewing just a few of the whales we’ve lost this year.

As you probably know, Marineland Antibes made headlines earlier this fall when Valentin, a seemingly healthy orca, died suddenly amidst the muddy floodwaters after a torrential storm in southern France. His mother, Freya, also died this year, succumbing for unknown reasons this past June. Whatever the official cause may be (which, interestingly enough, no media outlet has published on), it is absolutely undeniable that it was a captivity related incident. Freya lived in Antibes for all but one of her 32 years, ripped out of her Icelandic home and placed in her bathtub-sized tank. 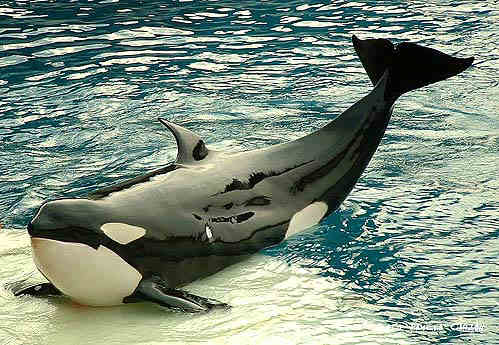 She was left to swim in circles and perform in shows nearly every day of her life, roaming around with her collapsed fin as one of many signs of her declining health. Former trainer John Hargrove recalls his experience with Freya when she nearly drowned him in the pool, pointing out that he “attributes her aggression to captivity, and not her natural demeanor.” According to Marineland she had been sick “for months,” and that the team ensured that Freya was “not in pain.” With all due respect to the veterinary team, it seems to me that she’s been in pain for her entire life.

Just months after his mother’s death, the 19-year old orca Valentin perished in the muddy disaster that was Marineland Antibes this past October. The park released a statement earlier about this unprecedented event, acknowledging the loss of life attributed to the storm and promising their efforts to repair their infrastructure. While in some way this was out of their control, former trainer John Hargrove remarks that the situation was “hardly better than the normal filtration system,” citing the constant chlorine burns, algae presence, and next to nothing visibility. 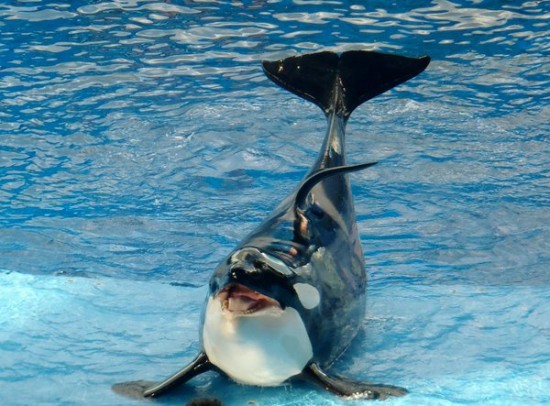 While the mud and debris may have been the catalyst, it is beyond clear that Valentin would have had limited time left. It’s also important to remember the relationship between mother and son in the orca populations—often the death of the matriarch can mean depression and a shortened lifespan for the sons, sometimes down to a few months. It’s likely Valentin was not only suffering from the emotional taxation of performing and living in a tank with multiple orcas, but also from the recent death of his mother and the dwindling tank conditions.

This past October, a beloved beluga whale from the Georgia Aquarium in Atlanta, Georgia died suddenly, cited by the aquarium as from “unknown causes” (surprise). Like Valentin, she too lived her entire life in captivity, born at the New York Aquarium in 1994 and moved to Georgia in 2005. She allegedly was eating and swimming with the two other whales at the aquarium that morning, before succumbing at age 21. Just like the other captive dolphins and whales, Maris’ life was cut far shorter than her natural lifespan, which is estimated to be between 35 and 50 years in the wild. 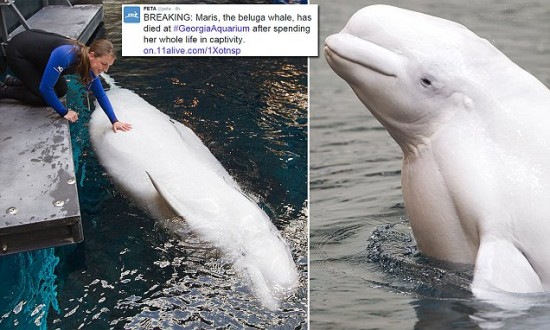 Once again, it with little doubt that I and most other activists insist that her death was captivity related, whether or not that was a direct physical ailment observed. She was reported to have lost multiple calves, an event that is proven to have physical and psychological effects on cetaceans with complex neurological function. While the official autopsy results have not yet been released (and they may never be shown to the public), it seems obvious what caused her demise.

Just a few days ago, SeaWorld San Antonio reported the death of one of their beluga whales, Stella. Most shockingly of all of these cases, she was only two years old. SeaWorld claims she died while undergoing treatment for gastrointestinal problems. Another young calf died this past June, this time at only three weeks of age. 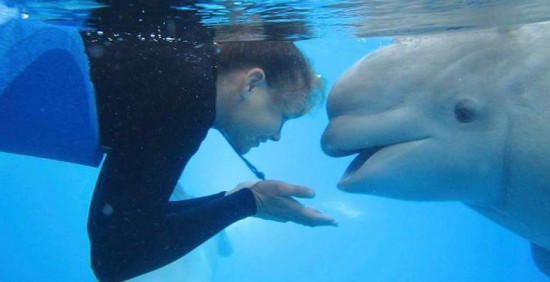 While some can argue that these young whales have not been in captivity long enough to feel its effects, they are intrinsic due to the almost certain ailments of their mothers, who have spent most of their lives in a tank. And, on top of all of this, PETA has said that Stella is the 13th beluga whale to die at San Antonio alone, not to mention other SeaWorld-affiliated facilities.

While it is understandably hard to look at the bright side amidst all of these deaths, it is important to note that Marineland Antibes will remain closed until at least the end of January 2016. However, the main question remains—what is happening to all of the animals? Where are they? Are they still alive? If Marineland is doing what it claims to be doing, repairing their infrastructure and fixing their filtration systems, then we can only hope that they are true to their word. But I can’t help but wonder if it’s really worth it—since after all, captivity is killing them anyways. 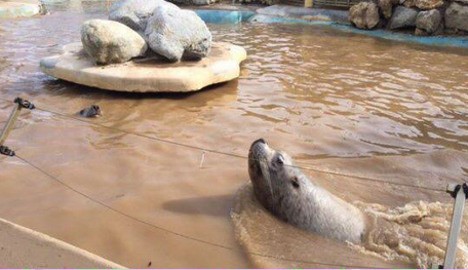 About the Author: Sabrina

Sabrina is a 2nd year at the University of Virginia in Charlottesville, VA, USA majoring in Biology and Foreign Affairs. She has volunteered for La Dolphin Connection for more than a year, spending most of her time translating articles from French to English and writing originals in English. Additionally, she was the co-founder and co-president of the Protect Our Dolphins (POD) club at her high school, working to donate money to the Oceanic Preservation Society.

This site uses Akismet to reduce spam. Learn how your comment data is processed.

"To claim that there are educational benefits to studying captive dolphins would be like studying mankind by observing only isolated prisoners."